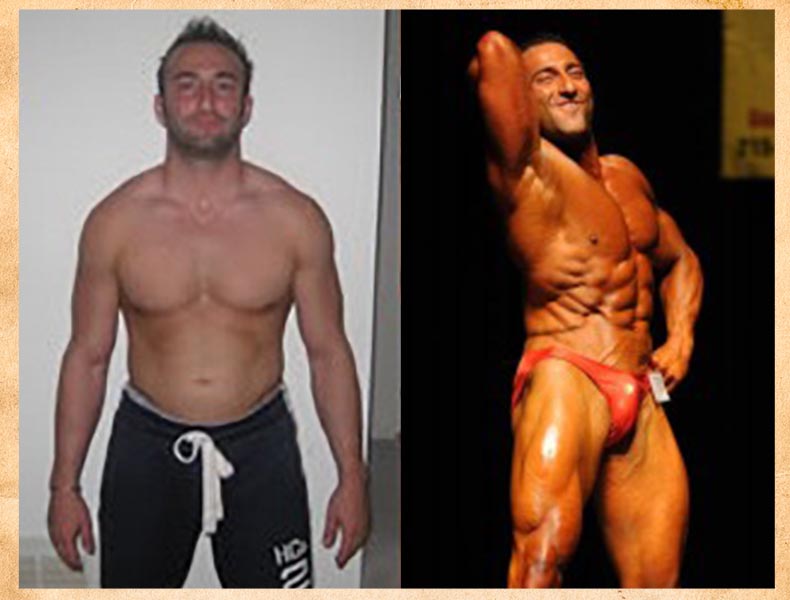 5
SHARES
ShareTweet
Back To All Clients

INSERT CLIENTS NAME HERE
Back To All Clients

My name is Yuri Kostovetskiy and I began training with David about 2 1/2 months ago on my legs. After the first trial session and the amazing leg workout he put me through I quickly realized that what I have been doing for legs all along was not even close to what he put me through. It was honestly the hardest workout of my life but I loved every second of it.

After just few short weeks of seeing him one time per week I have began to notice a change in my leg size and definition. I quickly realized that he is not only an incredible trainer but also a great motivator. Anytime I had questions for him about anything he was quick to reply with great knowledge about the topic.

Recently I started to train two times per week with David and I cant wait to add a third day. He has made my goal of possibly one day getting on stage much more realistic now. I know I still have a long way to go but with his expertise help, I am confident that I will reach it.

Thank you from the bottom of my heart for all that you have done for me individually. I have much respect for what you have transformed with my body and I am confident that you will continue to do to help me make my goal a someday reality. Your hard work, dedication and efforts are always well appreciated! Cant wait to do legs tomorrow!

I began working with Dave about 9 months ago just doing legs one time per week. I quickly realized and saw my results and the weight that I was moving each week and how my legs were changing I started to train three times per week and have never looked back. I went from possibly considering one day competing in bodybuilding to doing my first show in the 2010 NPC Pittsburgh and placing 7th out of 17 in my class.

Quickly approaching my 2nd show in less than 10 days, Dave has made me a believer and showed me that I can be competitive and look like I wanted to look on stage against people who have been doing this for years. He has been my coach, mentor and motivation through this long and painful process but I wouldn’t trade it in for the world.

I accomplished my goal and have never looked better and I owe it all to Dave’s hard work and dedication to my success! He is truly my inspiration and I know he will help me achieve more personal goals I have set for myself in the future!

-competed in the 2010 NPC Pittsburgh Bodybuilding Championship and took 7th out of 17 in an incredibly stacked class, after only training like a bodybuilder for 8 months!

Coming off a win in the 2010 Maryland State Novice Class division, David and I did not waste any time and began training for the 2011 Maryland State/East Coast Classic.  With a great off season, the final prep began.  His goal all along was to bring me into the this show bigger, sharper, tighter, and even more shredded then we presented at the same show last year.

Mission accomplished– I stepped on that stage bigger, tighter and with the best condition I’ve brought to date!  I placed second in both the Maryland State and the East Coast Classic.  I wasn’t happy with my placing because, of course, I wanted to win; but it was a fair decision and I did improve overall since last year, and I was happy with that.

Now its time to get back to the gym and add some more mass with my amazing friend and trainer David Johnston.

Back To All Clients